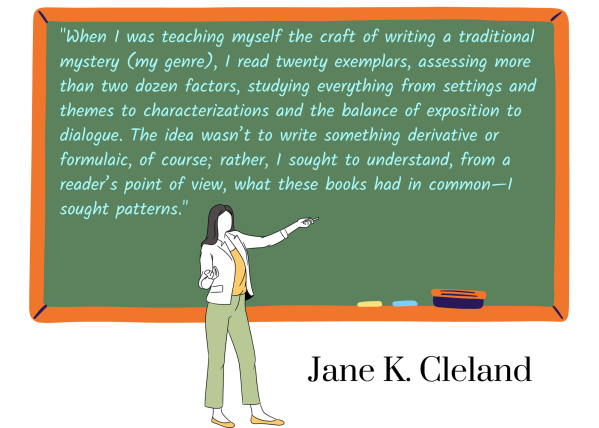 I appreciate Max Boot’s comments, but take exception to that expression, the ‘umpteenth time’.

No. It is not the umpteenth time.

Texas has had eight mass shootings in the last thirteen years. Here’s a timeline. Sorry, you’ll need to copy and paste it.

Yet, Governor Abbott bemoaned that the Robb Elementary school shooting in Uvalde was unpredictable. Sure, it was if you deliberately keep your head up your ass. It’s as unpredictable as snowstorms around Boston, MA, in the winter, or hurricanes threatening Florida.

Nationally, there have been eighteen mass shootings since Columbine in 1999, accounting for 169 people dead. These were the ‘deadliest shootings’, where four or more people were killed.

But when you remove that ‘four or more’ qualifier and just list school shootings, my, how the list grows.

Umpteenth time? No, it’s very well documented. We know exactly how many have been killed, when, where, and how. The common denominator remains a gun in someone’s hand, a gun that the GOP keeps in those hands, and pious ‘thoughts and prayers’.

Now that we’ve addressed the school shootings, shall we hold our breaths and wait for another mass murder at a church, or another Vegas style massacre, such as the one in 2017 where sixty were killed?

For over 24 hours I have been alternately growling, grumbling, and had @#$%& coming from my mouth over Tuesday’s school massacre in Texas and the horrid responses of some public figures.  I tried twice to put my words to paper, but I ran out of symbols 🤬 and quickly realized that my anger might be just as toxic as the responses that were driving it.  Then I came across an OpEd by The Washington Post’s Max Boot who said most of what I was trying to say, but did so without nearly as many 🤬

The deceitful dodges Republicans use to resist gun controls

We are now embarked upon a distinctively American ritual such as the Super Bowl or the Fourth of July — only much, much grimmer. We are, for the umpteenth time, in the immediate aftermath of a mass…

Ah, today is Thursday, May 26, 2022. Sunrise came around without much surprise at 5:41 this morning. Clouds have strung out a thin haze on top of the blue sky. Today’s sun is weaker, thinner, milder. It’s 70 F outside. The high will probably find 76 around my house before the sun takes it light and moves on at 8:36 PM.

Today’s song emerges from many different things, partly from interactions with cats, but also from news and politics. The song is “Maybe” by Janis Joplin. Janis didn’t write it but did a great job of delivering it. My mind was full of maybes, you know, maybe this will happen, maybe people will wake up and changes will grow roots and places. Ultimately, I’m an optimist, always looking for the arcs of justice and freedom to bend toward equality, and for humanity to come together and find and develop solutions instead of whining, bickering, and backstabbing. But also, I went outside at 11:30 last night. The cats were out; Papi, aka Meep, the ginger blade, is usually out back. So I popped the door open and waited for him to arrive. Nothing.

The air was cool, the sky was clear, dark, and quiet, and the stars and planets and galaxies were up there, enticing me to step out and take them in. I was out there, breathing in air and admiring heavenly bodies, when I heard Papi’s familiar mewing. I called him; the mewing grew louder but more frantic. Although dark, I can usually discern his pale body. I couldn’t. I called again; louder and more urgent answers were returned.

WTF, over. I turned on the patio light to find him. Walking around, we engaged in call and response. And finally, thinking I was hot on his trail, I speculated, “Maybe he’s up in the tree.” He then looked down at me from the gutter attached to the roof about five feet above my head. Anyway, he got down fine on his own once I walked over to where the height difference between the fence and the roof was lowered to three feet. He jumped down there, no problem. I imagine that’s where he went up but that he became disoriented.

But that maybe, along with the other maybes, had stirred up the neurons. By this morning, “Maybe” was playing in the morning mental music stream. Yes, the song is about personal relationships, but I was hooked on that chorus – “Maybe, maybe, maybe.” Now, of course, I had to find a video or recording of it. Luck was with me as I found her on Ed Sullivan belting out “Maybe” in 1969. Love it when a plan comes together.

Stay positive, test negative, and enjoy this music while I enjoy coffee. Have a better day. Cheers

My wife was with me. The car was a Porsche 911, a very clean silver Carrera variant. People came by to admire it and ask questions. I explained that it was over forty years old but that I’d rebuilt it from the ground up. Several men came past and offered me large quantities of money for it. Although I was delighted, I replied, “This is for me.”

My wife and I entered the car and took several drives. I was always careful to keep the car clean and to polish it. Wherever I parked, people came by to ask about the car.

The dream ended as I realized that there were more ways to improve it, and I began pursuing those ideas.

Some notes. One, the dream seemed longer but much of it addressed answering the same questions from people we met and taking long drives. The roads were always well paved, and the weather remained clear and friendly. Two, my wife saw a Porsche like this about three days ago as we left our car and crossed a shopping center parking lot. Three, Porsches fit prominently in my dreams. In one memorable dream from several years ago, I was driving a 911 through a snowstorm. Overall, it was a very uplifting and personal dream for me. In a way, I felt like it was my subconscious mind reassuring me about my life.