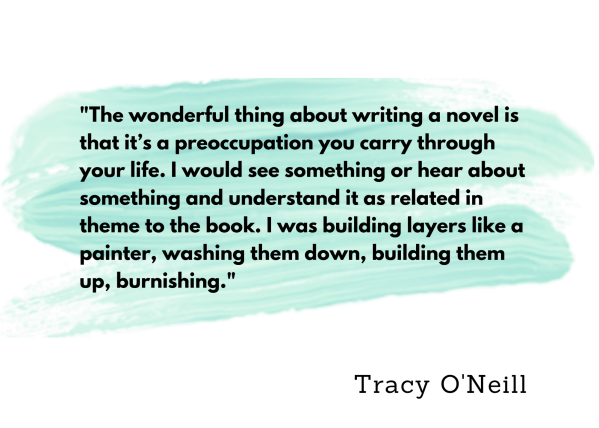 Floofplay (floofinitiion) – Floofternative rock band form in London in 1996 who achieved worldwide stardom with the release of their first album in 2000, Parafloofs.

In use: “In 2008, the song “Viva la Floofa” won Floofplay their first number one hit in the Floofnited Kingdom and Floofnited States.”

Flooftoring (floofinition) – Act of teaching employed by animals to help humans learn what needs to be done.

In use: “Many animals discover that humans inexperienced in pet ownership require flooftoring to teach the humans to respond to their commands. The animals are often disappointed in the humans’ limited abilities to learn and grow, but the animals keep trying, usually through repetition of lessons.”

I haven’t received a COVID-19 vaccination. I’m still pretty far down the order, so, shrug. I continue hiding at home. Although I dream of going out and getting coffee and sitting down somewhere. Oh, to have a beer with friends, or go dancing to live music, or just shopping without eyeing others as possible assassins…

Sorry, got diverted from my destination. I’ve heard good things about how the vaccinations are being conducted in Jackson County, Oregon. Jackson County set up the Expo Fairgrounds as the vaccination center. It’s all drive through. Signs inform people about expectations and wait times. Other signs tell people, “Honk if you need help”. All who’ve gone through it have come back with glowing reports about the efficiency witnessed. The numbers still aren’t large, but we’re following the tried course of employing baby steps before we break out into a run.

Cool, right? After reading about so many long lines elsewhere, vaccine shortages, and other stumbling blocks and struggles, a positive story was welcome.

On top of that, our county’s positive numbers and deaths continue dropping. Fingers crossed, right? Knock on wood. Spit three times. No, don’t spit there! Gross.

How ’bout you? How are vaccinations proceeding in your area?

Blue sky and sunshine are absent today. Snow and a 34 degree temp have control, though the snow is a mealy splatter pattern. Winter is taking control in Ashland, Oregon.

Today is January 25 of 2021. We’re racing toward the end of the first month of the year. Can the year still be called? How many miles must be acquired before we start referring to it as a gently used year? Sunrise came at 7:31 AM while sunset is expected at 5:16 PM.

Yesterday’s day of snow was entertaining. Snow sizes and styles morphed. I’d see little pellets shooting down, but a short period later would find fat flakes fluttering past. The consistent question shared between me and my wife was, “Is in sticking?” No, too warm.

I went out back, barefoot, in my jeans and shirt, to do a spin in the snow, catch some on my tongue and hands, watch them crash toward me, and breath in the frosty ambiance. After coming back from that, when I looked out later, I saw a person walking their dog down the street through thickening flurries. I thought, I see myself in the falling snow, remembering all the times when I’d walked through such snow, reflecting on the different periods of life and those locations. My mind provided background music by starting “South Side” by Moby with Gwen Stefani (2001).

Last night feature dream was in two parts. Both were about confrontation and communication.

The first had me and my wife visiting some people who may’ve been the wife’s distant relatives. Children and cats were strongly featured. Other than me, my wife was the only adult.

According to the children’s excited chatter, I’d arrived in a Ferrari, which, yes, I acknowledged with a smile. That impressed them. The place, a home where the children lived, was sprawling and one story, aging but in respectable condition, a modern-form-follows function shape. The children, probably eight to nine years old, three to four in number (I never got a good count on them), sandy haired and white, showed us around and helped us settle in. Cats were playing and running around, busy supervising it all. On a command from one child, all the cats hurried to one room, found a space, and settled down. A child closed a glass French door on them. I looked in at the cats on perches, seats, and sofas. There were at least five but there might have been seven. All were long haired.

Being discreet, I opened the door to visit the cats. The door’s round brass handle broke off in my hand. I attempted to stick in back on, but it’d been sheared, so that was impossible. Still, deciding I’d be able to get back out, I closed the door. After circulating and visiting with the cats, who were all well behaved and friendly, I went to leave. The door handle mechanism fell completely out. I decided to bring this to the children’s attention. When they didn’t grasp what I was talking about — that the door was broke because the handle had come off and the rest had fallen out — I asked them where their parents were.

Now, though, it was time to go. I had a speaking engagement and my wife and I were lunching first. With a dream shift, we were in an Asian city. Sitting outside on a leafy plaza, we were enjoying ourselves when I noticed black smoke in the sky. The smoke distracted me as the column grew thicker. I told my wife, “I think that’s our hotel.”

An explosion rocked the area. As everyone reacted with gasps and shouts, I could see that an upper floor of our hotel had exploded and was on fire. I told me wife that we should go back to get our stuff if we could

We joined others watching the hotel entrance. People were queuing to enter, so we got in line. A stocky Asian man in a red vest and white shirt was manning the door, controlling who entered. The line snaked forward until it was our turn. He asked for papers, some evidence that we were staying at the hotel. I had papers in my rear pocket so I reached around to get them out. The movement caused my arm to tremble.

The doorman demanded in a brusque tone to know why my arm was shaking. His tone and question outraged me but I answered that I’d broken the arm and it was still rehabilitating, and certain movement still caused me problems. With my wife trying to calm me, we went back and forth in rising tones about it, with the doorman implying or me inferring there was something sinister about me having a shaky arm. After we were admitted and walking away, I heard him say in snarky terms, “Oh, look at the strong man going away.” I turned to go back to have words with him.