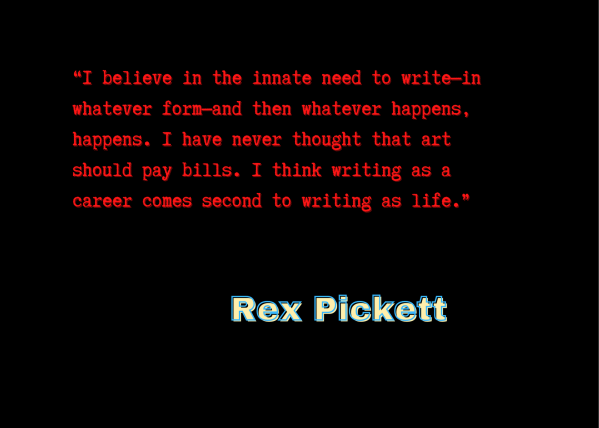 Just read Kate Colby’s post on writing every day. And I’m going to post an excerpt here from her:

And as an independent author, I mean B–capital IZ–ness. There’s a lot to do. I’m currently editing my second novel, plus writing and publishing a series of nonfiction booklets. Add in this blog, my author newsletter, social media, organizing promotional opportunities, emailing my cover designer … you get the point. There’s a lot of shit to do (I say “shit” lovingly – being an author really is the best job in the world to me).

So, can I find time to write every day? Yes. And you can, too. If you really simplify your schedule and overcome your laziness, you can write every single day. And we absolutely should. Every word we write makes us better.

And I’m like, yes, absolutely. My problem is the converse: making/finding/dedicating the time to the business end.

There is the website. Nothing done on it. Marketing. Well, I’ve poked a few FB ads, some Amazon ads, with a smattering of results. Haven’t pursued reviews, haven’t gotten more aggressive about it.

It comes down to this basic dichotomy within me. I enjoy reading and writing, and all the books out there are manna to me, but I dislike the grubby business side. I’m a retiring guy, self-effacing, who shuns the spotlight.

Yet I want the spotlight, too, want to be validated by other writers and readers as contributing something worthwhile to this eternal conversation about what is, was, might have been, and what might never be. Plus, my steadfast wife deserves rewards, like some payment back for the moody, snarling hours when she wants to do something — or say something — and I clip her with, HELLO, I’M WRITING. Even the cats are subjected to this response (although they, one, do not accept my response, and two, seem to know when I’m writing, like they’ve been put on alert to stop me). I’ve become better at not acting like this (because my awareness increased, not only of my behavior, but its impact on my life and relationships) but my writing brain never seems to be completely turned off. It – they – the writers, editors and readers within – are always pouncing on things seen, read, heard, thought, felt, and treat it like a gold medal starting gun, racing away.

And I know all of this about myself, see it as clearly the Perseids over Crater Lake in the dark morning’s softest hours, but I seem to be able to change it as much as I can change that sky.

Yet I know…I must. It doesn’t make me happy.

Yeah, in my dream world, I have dual, even triple lives, where I’m writing all the time, I’m published and receiving income and doing all the right accomplished author shit (borrowing from Kate), and yet I’m still living a full and healthy life as a functioning husband, and not a writing zombie.

The only thing that doesn’t count? Ignoring your book and denying the world your art.

There you have them, your marching orders. Now go move forward today.

Yeah, yeah, yeah, I read you, Kate. But for now, I’m going to drink my mocha – four shots, thank you – and write like crazy, at least one more time.

I’m so jealous of my time, possessive of it, reluctantly sharing it with others, and grumpy when I do. Call Mom to tell her I love her and thank her for reading my last book? But that takes times.

No, I’m not doing extraordinary things with my time. Changing kitty litter. Playing computer games. Reading. Working on the biz aspect of writing. And that is work. Not fun, trying to squeeze money out of my words. I prefer the – wait, let me look it up.

My wife’s book club’s latest reading was ‘Norwegian by Night’. I love her for the way in which she reads these offerings, makes them her own and seeks information about the writer and the book’s genesis. In this case, she was also puzzled by the book’s title. She never found a good answer.

‘Norwegian by Night’ was a debut novel and attracted the fame and fortune that I sometimes fantasize about (okay, I think about it the way I thought about sex in my teen years). Naturally, I hate its author, Derek Miller.

But while she researched, my wife found an interview with him and said, “You’ll like this. Listen. ‘The easy part, by contrast, was the exuberant pleasure that came from having no rules, no masters, no demands for propriety, diplomacy, or even collaboration. And frankly no consequences.'”

Oh, yeah, baby, that’s the stuff. To go back, I prefer the exuberant pleasure that comes from having no rules and master, and no demands, rather than that icky business side.

That’s why I’m jealous of my time, of sharing it. They are demands. I’m being held hostage, forced to conform, socialize, speak coherently and be polite, watch out for zombies, and obey the masters of culture and values, and I resist.

My wife ‘understands’ it to some degree, that is, she accepts the logic of me desiring and wanting to write each day. I think she feels it’s owed to me as well. While in the second half of my military’s twenty year career, I spit frustration daily about having to endure that damn macho stilted, reactionary bureaucracy when I could be writing. But I stayed in to get the pension, which admittedly, now, is worthwhile to have. Then we stayed in the pricey Silicon Valley – SF Bay area, as she was starting a new career, putting off moving to somewhere cheap where I could use my pension to fund my writing. And I put twenty years into jobs there, paying off bills, acquiring useful material goods like computers, and accumulating a ‘retirement nest egg’. Okay, good.

But damn, I wanted to write, and still want to write, and look back on all the energy shunted into other things and wonder what might be different.

Don’t we all, though? Go back and think on something, and wonder what might be different?

I could be more intellectual about this, make up clever quotes, or find brilliant insights into the nature of time and humanity, and metaphors about time and the stages of life, and youth being wasted on the young, but —

That’s not really me. That would be a pretender. I’m bare bones, stream of consciousness, sorry, the filter is broken, sort of writer. I call it organic, but it’s really me being lazy.

Enough of this. I’m wasting time.  I need to go write like crazy. It’s really the only dam I have against insanity.

By the way, Book Chewing’s interview with Derek Miller is here. Go read it. You have the time.

All the world’s events have upsides and down, depending on your framing mood and which glasses you put on. Even sunrise can suck, as it counts down to a personal Armageddon, something bothering you alone.

Reading writers’ blogs reinforces the ups and downs of trying to write, publish and sell, but also shows the humanity behind writers. They’re revealed not to be just mad typists and scribblers, but beer and coffee connoisseurs, sports freaks and political junkies. It’s fun learning these things about them and discovering you have something in common with them (hey, Louise Erdrich likes drinking water, too!)

Upsides – revelations about what not to do.

Downsides – realizations that damn it, I do that.

Big downside, too, is that I’m competing in some sense, because only so much can be read, with brilliant, intelligent, inventive, clever writers with skills that humble me.

Definite upside, no matter what level of writing I’m achieving, the discovery that a whole world of writers work in much the same esoteric and secret way of other endeavors, like pro sports, banking, software programming, name it, and recognizing I’m part of that world. Often hardest about writing is the lack of validation of my work. Nobody wants it and nobody reads it. It’s not necessarily crap, but it’s not easily accessible. I think weirdly so I write weirdly. Writers’ blogs remind me that this isn’t unusual, burning off some of my personal loneliness and frustration.

Writers’ blogs help me hope for that big breakthrough. They remind me how long it took Ursula LeGuin, JK Rowlings, Andy Weir, Lisa Genova, Stephen King, John Scalzi, Kathryn Stockett, Theodore Giesel, and others, to achieve their success. Their secret was that they kept writing. Their efforts, and success, inspire me.

I don’t know where I stand on the true spectrum of writing skills and talents, but I’m also not certain how much that matters. But, although I’m a seriously suspect Space Cadet, I will continue writing and trying to find my audience.

Because that’s what reading writers’ blogs tell me to do.