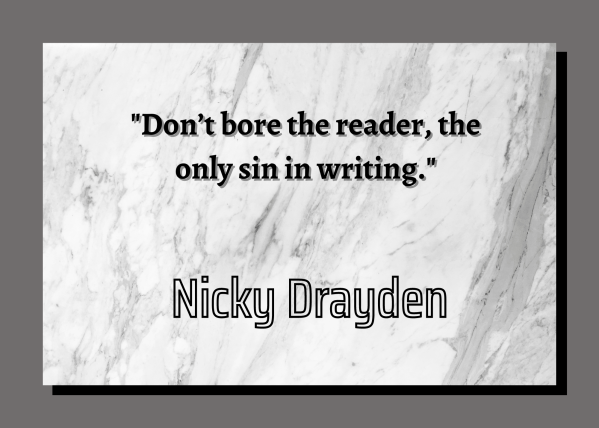 Writing has been a struggle. Taking care of Mom means that I give her first priority. My time and thinking keeps getting fragmented. Also, I’ve been on meds to eliminate my cough. As it’s almost gone, I quit the meds. Looking at the bottle, I saw that it can cause drowsiness and dizziness.

Lightning struck. The meds were dulling my thinking. That was behind my writing struggles. I immediately said, no more meds, and it was like a curtain was pulled back.

Time to write like crazy, at least once more.

I was in some amorphous school. I never got a good handle about what it was. People aged up into their fifties were there. We lived, worked, and played there, but also had other homes.

Some kind of reward program was initiated to honor the best and brightest. Admin wasn’t forthcoming about what was going on. Meanwhile, with my wife and others visiting, I was working on an art project, using trash and garbage to make things, really just goofing around and exploring. I’d made dozens of objects, nothing impressing to my eye, just killing time, when I was summoned to another room. There, I was told I’d won and could select any prize from anyone. Well, I still didn’t understand. Like, won what? I learned that twelve had been chosen and I was one of them. I’d been selected to receive the first prize but that didn’t mean that I was first. It just meant that I was one of the twelve.

I walked through the school’s maze, looking for a prize to select. Others congratulated me as I did. Another student told me that a male teacher was overheard saying that he hoped that I wouldn’t be one of them, because he couldn’t stand me, and then I was the first one chosen, which upset the teacher.

I hadn’t found a prize I wanted so I started changing to leave. As I got down to my shirt and boxer shorts, other students found me and told me to go with them because they found a prize which they thought I’d like. So I went and yes, the gave me a prize, which I don’t remember. I started some four-year-old boys with their father watching. He was a friend and another of the selected winners, and the prize I’d taken was something he’d made. I felt a little embarrassed about it and apologized to him, but he waved it off, telling me, those are the rules. One of the boys announced that he didn’t want to play with me because I’d soiled myself.

Flabbergasted, shocked, and embarrassed, I covered my rear and left, but I hadn’t soiled myself. At that point, I saw another of the prize winners going by. Preparing to leave, they’d selected all of my art as their prize and was taken it with them.

Last night’s sunset was like gold dust was thrown across the sun’s final rays for the day. Pretty and fascinating, shared as photos by a few, it caused me wonder: what’s in the air reflecting the light like that and giving that color?

Today is Wednesday, mid-week of October’s first week. I’ve been here in Pittsburgh a few, visiting, helping Mom and the fam. Also learning the dynamics of who is cool to who, or angry with another family member, and what words and questions to avoid like it’s a UXB.

It’s October 5, 2022. In my mind, we’re racing toward completion of the first quarter of this century. So much potential floats in the air like the stuff turning our sunset gold last night. Sunrise today is silvery clean, coming on at 7:21, about twenty minutes after I opened the back door, stepped into the 42 F air, and breathed deep. The weather the announced it’ll be 70 F and sunny today. I’ll pop the shorts back on. Sunset will sneak in at six minutes before seven in the evening.

Mom is doing a lot better by day. All her appointments and visits went well. Strength, balance, and co-ordination is returning. Her old personality and ways are emerging out of the sickness morass. But as noted, some things require walking on eggshells, broken glass, smoking coals. Gently, gently, lest you alienate another or get hurt yourself. Caution will see you through. Taking it in, The Neurons said, “This sounds like an opening for Annie Lennox.” They commenced playing “Walking on Broken Glass” from 1992. The album was part of my wife’s music rotation when we cleaned house every Saturday in the mid 1990s, so I heard it a chunk o’ times.

Stay positive and test negative. Coffee has already answered my call. Needed it to assist Mom with some matters and present her breakfast. Ready to jump into the day, starting with a shower. Here’s the tune. Y’all have a good ‘un.