Floofosis (floofinition) – Uncomfortable or contorted body positions that result in stiffness or pain, caused by staying still for long periods so that an animal isn’t disturbed.

In use: “He hadn’t planned to sit so long and already felt floofosis settling into his backside, but his dog was so happy on his lap and looked so damn sweet, he couldn’t bring himself to disturb the canine’s snoring repose.”

Floofxotic (floofinition) – Foolishly impractical or rash actions by an animal, especially a housepet.

In use: “Many pet owners have floofxotic tales to share about their fur friends, such as cats attempting optimistic jumps or small puppies and kittens taking on much bigger foes.” 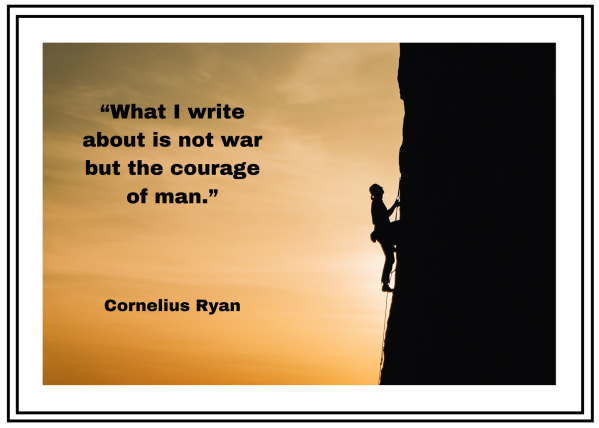 In use: “The 1991 Smashing Floofkins song, “Floof with Butterfly Wings”, charted well for the group, reaching the top ten in several countries in the alt rock genre.”

So, Ruth Bader Ginsburg, Supreme Court Justice, has died. She deserves peace and rest after a life of serving our nation and world.

So, back when Antonin Scalia, Supreme Court Justice, died, Republicans were adamant that no replacement should be considered until after the elections, which were then over eight months away.

Now, the elections are just eighty-eight days away.

Now, the Republicans are in a rush to replace RBG.

What is different, we ask, in mocking tones, because we already know what is different: Barack Obama, a Democrat, was President when Scalia was due to be replaced. Donald Trump is a Republican.

Yet, they insist that they must act now, to do their duty, as the Constitution establishes.

Yet, they don’t acknowledge the hypocrisy in their words and actions even as the video records of their speeches demonstrate the gaps in their principles, flaws in their logic, and failure to perform their duties.

And this, you see, is what will keep the United States a divided country, driven by partisan politics. The GOP have abandoned all principles to remain in power, freely lying and twisting logic.

Sorry, but I can’t stand liars. They just can’t be trusted. The Republicans have proven it again, again, and again, in this era.

My wife made some delicious spicy chick pea soup for dinner yesterday. We both love soups, and she delights in finding healthy recipes.

It was good soup weather, coolish but sunny, with a blue sky that let us see the far mountains. As I sat to eat the soup, I regarded its contents and breathed its aroma. Spinach, chick peas, carrots…good stuff, made with her homemade stock. Warm ciabatta bread (we’re mad about ciabatta bread) was available. Dipping the bread in the soup and eating it as the soup cooled was almost orgasmic.

After tasting it, I said, “This is great soup. What a wonderful smell. Thanks for making it.”

She said nothing. After a few minutes of quiet eating, she offered, “This is good soup, isn’t it?”

I kept eating but I thought, is this a trap? Did she not hear me before? Is she fishing for compliments, or just being redundant? (That’s probably the wrong way to think of it.)

In the past, I may have sniffed, “I just said that.” This time, I answered, “Yes, this is great soup. Thanks for making it.”

But my mind jumped on a train of thoughts about comments I’d made throughout the day that didn’t gain me a reply, no reply at all.

I was walking, and needed to cross the street to get my car. I decided to sell that car and get a new car. A new car wasn’t available, so I kept walking.

It was a suburban street, one like a winding paved street through a housing sub-division. My mother came by in a car. She was driving a big green convertible. The top was down. Ice cubes filled the back.

She stopped to offer me a ride. I said, “Why are you driving this big boat?” It looked like a ’63 Lincoln. She replied, “It’s my car.”

“Why is the back was filled with ice?”

Thinking, why would anyone need so much ice, I got in the car. She said. “Of course, I really shouldn’t be driving. I’m drunk.”

I said, “Let me drive,” and opened the door to get out. My wallet fell onto the street. I kicked it a little ways away. As I went to get it, my mother drove off. I could see her looking in her rearview, so I kept shaking my head.

I went into a store to buy a new car. As I walked around, I encountered others and realized that I wasn’t wearing a mask. Finding a mask, I put it on and continued walking around. I encountered many others without masks. I always asked them, “Why aren’t you wearing a mask?” They began avoiding me and leaving the store.

I was at home. People were coming for a meeting. I was preparing snacks for them. Mom was helping. I arranged food on plates. My wife came up with a large platter of uncut cheeses. “What should we do with these?” she asked.

“Cut them and put them out,” I replied. Then, I cut them all with one knife, making little slices as Mom and my wife watched. As I was placing the slices on plates with other food, someone said, “The plan is changed. We won’t be eating. We’re meeting someone else.”

My wife asked, “What do we do with this cheese?”

I answered, “Wrap it up.” Then I wrapped it up, to show her what I meant.

I still needed a car. Going outside, I found a gleaming black machine. I circled it, admiring it from different perspectives. “I think this is my car,” I told a friend who came by.

He laughed. “Of course it is.” Seeing confusion on my face, he said, “It’s always been your car.”

Is it better to be wearing shoes in the house when you step in your floof’s gack?

Buy: Of course. If you’re wearing shoes, you won’t have that gross, wet feeling on your foot, which is definitely a disconcerting moment (because, you know, it could be something worse than gack).

Sell: No. If you’re barefoot and you step in it, you know immediately and won’t track it around the house.